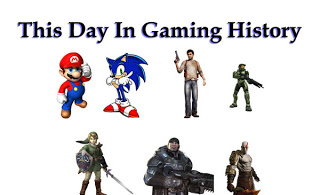 You’ve heard of the old phrase saying the princess is in another castle, but apparently for this poor soul, the castle was in another castle. Thus are the disadvantages of games which don’t allow you backtrack. Though I’m not sure how they managed to clear that far over the flagpole unless they were using a cheat of some sort. Still pretty funny though.

Have been busy today at my job again. Sorry about that. Yesterday we had a couple of trailers, one for Disney Infinity and the other for Company of Heroes 2. We also posted some brand new screenshots for Sonic Lost World. Sony & Naughty Dog shared details about The Last of Us coming to PSN and the Season Pass DLC offer. We found out that Titan has received a massive 3 year minimum delay by Blizzard as they have basically “pushed the rest button” on the project. We also had a new Famitsu scan for Fairy Fencer F and found out the Japanese release date for the game (September 19th).

Be sure to check out our Forums while you’re here. You can post in there to discuss stories on the site, talk about gaming in general, or anything else. And if you want to ask questions for the podcast you do so in there as well.